My recent collaboration with KakofoNIKT band from Poznań (Poland) - a videoclip to their song "Muchomor".

The word "muchomor" means "fly agaric" in enlish - a mushroom which is a source of Psilocybin - naturally occurring psychedelic prodrug.

This is how the band describes their music:

The Wyraj [‘vi-ray] album harks back to old Slavic mythological motifs describing the sacred effects of entheogens - psychoactive substances, which are understood as a source of a constitutive religious experience. This Slavic thinking about holiness as unity with nature being an interface of the self was confronted with a set of gestures and formulas for the celebration of holiness developed on the basis of Christianity (along with a whole set of infra-quotations from Medieval and early Baroque church music). Christianity, through the remains of the Slavic culture's spirituality poking out of it, has digested itself like a serpent.

On the album we focus on portraying the spiritual exhaustion of the present day, where the group becomes a participant in a new speculative movement, breaking out of a strongly institutionalized distribution of metaphysical knowledge and saturated with the symbolism of rituals.
Psychonauts - new believers - are seeking this zone from before the transformation, a body of authentic experiences to which they sigh in a state of unbearable longing.
Incorporation of the oldest sources of Polish national identity can occur in many different ways, not only those appropriated by nationalistic narratives. 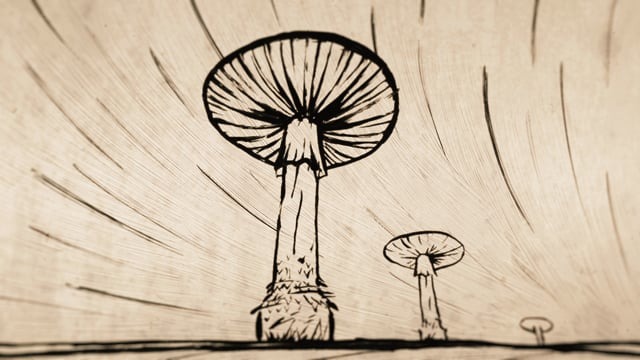